diana@dianajordan.com
Is there anything better than a contagious giggle that you absolutely can?t control? 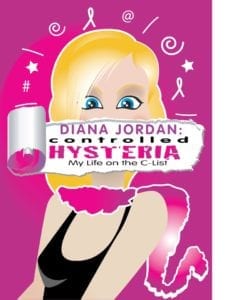 Even if some consider it inappropriate! Inappropriate laughter is the best kind! It?s fun by yourself but even better with a friend. When you desperately try to hold it in and your eyes catch their eyes and you are afraid you are going to need a Depends. I say laugh at ever chance you have! If people don?t like it that?s too bad. The #American Heart Association says that you are five times more likely to have a heart attack or stroke if you stuff your emotions Laughter is a release. Let it out no matter what orifice it comes out of! If you?re in an elevator and let out a ?little stinky? just look to the person in the elevator with you and tell them you are just saving your life!

There is a new field called?gelotology?which is exploring the benefits of laughter.?Public awareness arose after its mention in #Norman Cousins? memoir?Anatomy of an Illness. Cousins found that comedies, like those of the #Marx Brothers, helped him feel better and get some pain-free sleep. That?s because laughter helps the pituitary gland release its own pain-suppressing opiates.

#why do we laugh